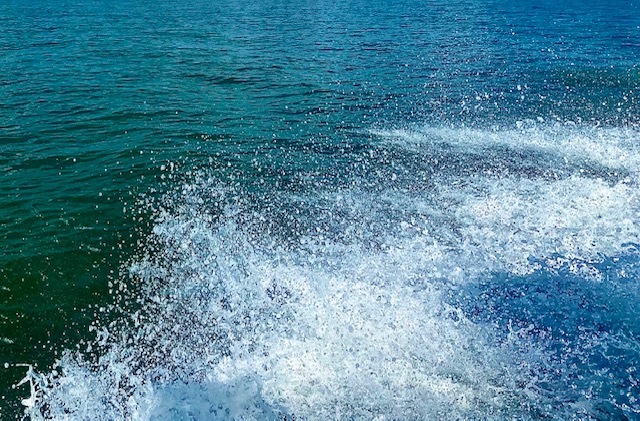 Ohioan Stanley A. Meyer is alleged to have invented a water fuel cell, a technical design of a “perpetual motion machine” whereby a car could run on water instead of gasoline. In fact, Meyer held a host of patents, having applied for about two-hundred thousand of them. But it was his water fuel cell that may (or may not) have cost him his life.

The technical details, extraordinarily simplified here, split hydrogen and oxygen into gas components which relied on “Brown’s gas,” for mechanical action. If the device actually worked as Meyer claimed, it violates both the first and second laws of thermodynamics.

The Public and Private sector has spent an inordinate amount of time debunking Stanley Meyer and his inventions, claiming he practiced nothing more than pseudo-science and was a fraud. Teams of engineers and scientists poured over his papers, experimental designs, and patents. Their conclusion? “NOTHING TO SEE HERE! MOVE ALONG!”

In 1996, an Ohio TV station filmed Meyer demonstrating a dune buggy he claimed was powered by his water fuel cell:

He stated that only 22 US gallons (83 liters) of water were required to travel from Los Angeles to New York and if you don’t have access to tap water, you can use snow or salt water without harming components.

What gets lost in all the fraud talk is the fact that this same news station reported that Pentagon officials flew into Ohio that same day for a demonstration and were considering using Meyer’s invention for their “Star Wars” project.  Our neighbors at the time personally knew Stanley Meyer and attended the event. Even before Meyer was discredited by the media, the court, and the science world as a fraud, everyone I spoke with remarked about what an intelligent and low-key guy Meyer was.

Meyer spent much of his life patenting technical solutions. In 1975, he decided to explore the automotive world, due to the Middle East Oil Embargo, and how to reduce American dependence on fossil fuels.

It’s true that Meyer’s inventions didn’t fit the scientific paradigm. He had no formal education, no real background in science or engineering—so how was it that prior to this water fuel cell fiasco, Meyer’s had worked for NASA and many other high-brow technology firms? This too, gets lost in the re-telling of his story—where unconventional and potentially life-changing technology gets labeled as ‘pseudoscience’ and promptly dismissed–or becomes classified.

To be fair, not a single one of Meyer’s devices have ever appeared in peer reviewed scientific literature and most claim his inventions are the myths of a deluded man. But this isn’t the end of the story. Like a cooking recipe, if one leaves out an ingredient or two, or ten, it’s likely the cake will fall flat.

What rarely gets mentioned is that some officials whispered disinformation in the ears of Meyer’s investors. Two investors panicked and took the bait. They sued Meyer in 1996, after his overwhelmingly popular media coverage and after one of the investors was allegedly threatened to have an extra-marital affair exposed.

Professors of two high-ranking British universities and the Royal Academy of Engineering were called upon as expert witnesses to examine Meyer’s work. He refused to let them. Meyer’s opponents claimed, “Ah Ha! You’re a fraud!”

What gets completely lost is the fact that if Meyer would have permitted such an examination, before his patent was granted, he’d lose exclusive rights to it and his water fuel cell would no longer be patentable! There’s no doubt the U.S. government also knew this.

Three other ‘expert witnesses’ stepped forward to claim Meyer was simply using conventional electrolysis, nothing revolutionary. The problem is, there exists no record of exactly who these three alleged witnesses were. Meyer’s claims about his “Water Fuel Cell” and the car that it powered were found by the Ohio court to be fraudulent. The court said Meyer committed “gross and egregious fraud” and ordered him to repay two investors $25,000.

Meyer was born August 24, 1940 and lived a relatively quiet life in Columbus and Grandview Heights, Ohio. After high school, he joined the military, and applied to Ohio State University. He owned a plethora of patents ranging from banking, oceanography, and cardiac monitoring.

As a religious man he usually credited God as his inspiration. By 1989, the patent office gave Meyer special preference precisely because of his innovations, and a majority were granted. The patent office thought Meyer’s technologies and applications were technologically advanced, and ahead of its time. To date, Stanley Meyer applied for more than 200,000 patents.

Consequently, Meyer worked at the Batelle Foundation in Ohio, a technological research and development firm “for greater humanity”. Most of his patents were developed at this facility.

He was also involved in the Gemini Space program with NASA.

Meyer’s significant development in aerospace technology was the energy feeding system on Concept EBED, a part of the Pentagon’s Star Wars project.

Alternatively, Meyer won Inventor of the Year in 1993 and received substantial support from other countries such as Canada, England, Belgium, and Sweden. For a man who was declared a fraud, I feel he really succeeded in fooling a lot of highly intelligent and well-educated people into giving him prestigious distinctions and work.

Stanley Meyer died suddenly on March 20, 1998. At only fifty-eight years old, he was enjoying a humble dinner with Belgian investors at a local Cracker Barrel restaurant. He’d ordered a glass of cranberry juice. They were there to discuss Meyer’s water fuel cell three years after this invention was determined fraudulent by the court. Why would Belgian investors waste time and money courting an uneducated man who’d been declared a fraud three years earlier?

Stanley Meyer’s brother Stephen claimed that during dinner, Meyer suddenly ran outside, saying “They poisoned me.” Those were Meyer’s alleged last words in 1996.

The Grove City Police didn’t dispute the Franklin County Coroner’s report, which ruled that Meyer died from a cerebral aneurysm. Yet many of Meyer’s supporters believe he was assassinated to suppress humanity changing technology.

What goes unsaid is that in 2010, the U.S. government released a study discussing how the chemical methyl iodide can mimic a stroke. The use of certain pesticides may also go undetected during autopsy. Boris Voldarsky, a former officer from the Soviet military intelligence agency, the GRU, wrote a book on the KGB poison program and a lab known as Kamera. He claims there is one constant in the lab’s products.

“They must make the victim’s death or illness appear natural or at least produce symptoms that will baffle doctors and forensic investigators. To this end the Kamera developed its defining specialty: combining known poisons into original and untraceable forms,” Voldarsky wrote in an article for The Wall Street Journal in 2005.

Chemical weapons experts had also been whispering about classes of Novichoks for decades, allegedly first developed by German military scientists. The first public clues came from Vil Mirzayanov, a Soviet military chemist who divulged the Novichok program in 1992.

The Franklin County coroner’s report on Meyer’s autopsy said, “no poison known to American science has been found.”

Perhaps the investigation should have extended beyond the U.S.

Philippe Vandemoortele, one of the Belgian investors at the dinner table that night, stated he had been supporting Meyer financially for several years and considered him a friend, and that he has no clue where such rumors erupted. Meyer’s brother, Stephen, claims the contrary, and says Vandemoortele offered zero condolences when he was told about Stanley’s death, and according to Meyer’s brother, remained unmoved and reticent, promptly leaving the country. It is important to note that Vandemoortele filed and was granted patents in 2010 for both electromagnetic wave energy and electromagnetic field energy sources.

Vandemoortele belongs to a wealthy Flemish industrial family. He developed the Alpro soya drink which became a successful worldwide brand. In 1995, he left the family business in pursuit of other adventures. He was a difficult man to contact concerning Stanley Meyer. It wasn’t until 2020 that a journalist tracked him down for a comment on Meyer’s death.

Vandemoortele maintains he was saddened by the sudden death of his friend Stanley Meyer and the fact anyone would implicate him in his death is preposterous. In fact, he claimed, it was he who purchased Grove City land for Meyer to establish a working lab, an opportunity that died along with Meyer.

Meyer’s patents have expired and some of his inventions are in the public domain, available for all of us without restriction or royalty. No engine or vehicle manufacturer has ever incorporated Meyer’s work so far—but the problem is, like Tesla, Meyer’s most important papers were confiscated as a matter of national security and remain classified, or may have been given to others.

One week after Meyer’s death, his water-powered dune buggy, equipment, and papers were stolen from his home. The dune buggy allegedly turned up in Canada years later as part of the Holbrook family’s collection…but was it really Meyer’s car? Perhaps Stephen Meyer, seeing a profit opportunity sold it to ‘friends of the family’, or maybe it was a different dune buggy entirely.