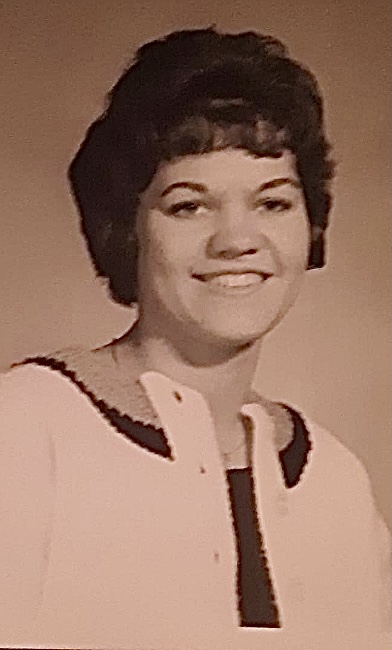 As a kid, my mom was a source of fascination and fear. I’d stare in awe when she sang, long sequin gown sparkling, me peering from behind backstage curtains while she belted out songs throughout Ohio’s nightclubs or theaters during the early 1970’s. Dressed up and turned on, she flung decorated fingertips around while pinching a cigarette holder, and wore high heels adorned with fluffy white feathers. People clapped. They adored her. She smiled. She was witty, gorgeous and smart. But something happened…

It always made me feel good to see mom smile at work because she didn’t at home anymore. My mom never wanted kids, she told me one day…she was just expected to have them. But that didn’t mean she had to care for or about them. Ouch.

Mom suddenly wasn’t much of a cook or housekeeper either. She was rarely affectionate…she even tried to kill me once…or twice. But she’d rise like a mama grizzly to attack a neighbor with a cast iron skillet when he exposed himself to me and asked if I liked lollipops. I was five. (Yes, he went to jail—with a broken nose, jaw, and a concussion). She also seemed a bit self-centered and aggrandizing when she readied herself to perform—or she’d become completely helpless during more depressive moments, when she sank to the floor into a pile of sobbing hysterics and clung to me. This was all new and hard for me to understand. Gone was my affectionate and loving mother, my safe harbor.

Mom was a catalyst for my novels Red Bird and X Point. At the age of six, I was removed from her custody forever. Somewhere around 1970, she was diagnosed with paranoid schizophrenia. I was too young to understand this illness. My grandmother was perplexed too. This type of thing didn’t run in our family on either side, she said.

I was around six or seven the first time I was permitted to visit my mom at the Tiffin State Hospital,  on the banks of the Sandusky River. She’d been involuntarily committed there for months while I went into foster care. Every time my grandmother tried to have my mom released, the doctor would tell her it wasn’t possible.

I wasn’t allowed inside the “asylum”. I waited on a park bench with my Uncle the one time I was permitted to visit. It was a big and frightening place, over 600 acres, and too many buildings to count. It reminded me of a park with its smoothly paved roadways, beautiful trees, landscaped lawns, and wooded picnic areas but I couldn’t stop thinking about big bad wolves. And sometimes, even outside, I heard the screams. From 1944 to October 1975, this facility strictly served mentally ill patients.

My Uncle’s jaw dropped when my mom was brought out to see us…drooling and practically catatonic. She’d been so heavily medicated and subjected to electroconvulsive shock therapy we didn’t recognize her. I was frightened and happy he, a big Marine, was there. I think I hid behind him, terrified. This creature before me, my mom, had been sucked of her vitality and rendered completely dependent. Although she’d be released weeks later and regain most of her faculties, she was never the same and required care for the rest of her life. Mom died early, at the age of sixty-one.

Conducting research for my novels, I decided my protagonist Samantha, would have a mom who suffered from paranoid schizophrenia and was kept under the care of the CIA. Imagine my surprise when I learned about Project MK-Ultra.

Project MKUltra was labeled “research” at more than 80 institutions, including colleges and universities, mental hospitals, prisons, and pharmaceutical companies. It was a code name given to a program of highly questionable and likely illegal and definitely unethical experiments on human subjects by the U.S. Central Intelligence Agency (CIA). MK-Ultra or some version of these ‘experiments’ was sanctioned in 1953, headed by Sidney Gottlieb  and allegedly halted in 1973…but it wasn’t. It was renamed…

In some cases, it was hoped that biological, chemical or radioactive drugs, deprivation, hypnosis (to produce amnesia), psychological, or physical and sexual abuse might produce ‘natural’ assassins or induce enemy confessions, or enable the government to discredit people it felt needed to be discredited in order to keep the programs secret.

Notably, The CIA was interested in bird migration patterns for chemical and biological warfare (CBW) and subproject 139 was designated “Bird Disease Studies” at Penn State.  Operation Midnight Climax is worthy of mention too. The CIA set up quite a few brothels within agency safehouses to study a selection of people who would be too traumatized or embarrassed to talk. The subjects were secretly dosed with LSD at a bar, taken to a brothel and filmed for viewing and study by ‘researchers’. Sometimes this included CIA employees, U.S. military personnel, and agents suspected of working for the other side in the Cold War. Long-term debilitation and several deaths allegedly resulted.

Project MK-Ultra was organized through the Office of Scientific Intelligence of the CIA and coordinated with the United States Army Biological Warfare Laboratories. Hundreds of MK-Ultra sub-projects existed, conducted at universities, hospitals and various “fronts”  with code names like Project Bluebird , Project Artichoke , MK-Delta, MKOFTEN and MKCHICKWIT , Project Naomi, and a host of approximately 300 others…

Unfortunately, then CIA Director Richard Helms‘s ordered all MKUltra files destroyed in 1973; the investigations relied on the sworn testimony of direct participants, until a 1977 20k MK-Ultra paper cache, left in a warehouse, was discovered. This led to Senate hearings later that year.

Some information was declassified in July 2001. And in December 2018, declassified documents included an unidentified doctor discussing work on six dogs made to run, turn, and stop, via remote control and brain implants.

It was hoped that some of the CIA’s research on unwitting test subjects would lead to the discovery of:

So, what happened to mom? I’ll probably never know. Her records too, and her time at the Tiffin State Hospital, have been destroyed.